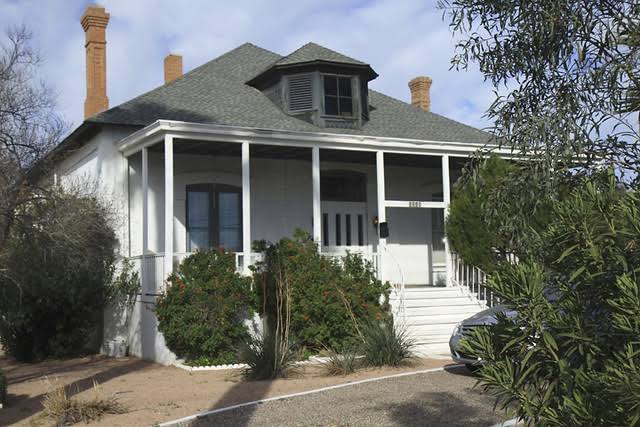 Famously dubbed “the West’s most western town”, the city of Scottsdale, Arizona is a small city in the eastern part of the state. The city, which started as a farming area in the late 19th century, has grown to become a home to many businesses and a vibrant artistic life. Named after Winfield Scott, a U.S army chaplain, who was the first man to settle there with his wife and brother in the mid-1880s, Scottsdale today has grown from a population of 2000 in 1951, to nearly 300,000 today.

The city gets a high percentage of its revenue from tourism, which also employs a good number of people. All year round, many people come into the city for various interests. It has an annual art festival that displays and celebrates artwork from that side. It also attracts golf lovers due to the impressive number of golf resorts it has. And during the winter, people come from all parts of North America and beyond to relax and enjoy the warmth and abundant sunshine the city is blessed with.

Scottsdale is a city with a rich history, and there is nothing that bears more witness to this fact than the many historical attractions that are spread across it. Visitors come to see these historical landmarks or buildings, which always have an interesting story to tell, giving an insight into a period in the life of the city. Some of these attractions are so obvious that you cannot but stop to admire, even if you never planned on doing so.

Today, we will cover 10 of these historical places and attractions for you to visit when you are next in Scottsdale.

Scottsdale has always had a history of rich people coming from other parts of the country to spend their winters there. Sometimes, people purchase winter homes to have a place to stay whenever they come in for the winter. One such person was Frank Lloyd Wright who made frequent trips to Scottsdale during the winter. However, in 1937, he decided to purchase land to serve as the location for his winter home and school. The result would be the Taliesin West, which Wright himself personally designed. He would live there till his death in 1959 at the age of 91. He used the place as his studio where he made some of his best designs. The building today serves the School of Architecture at Taliesin as the main campus, and is also home to the Frank Lloyd Foundation.

Fewer houses in Scottsdale today bear the historical marks you will find in Frank Titus’ house. Built in 1892, barely 10 years after Winfield Scott settled in the area, the building was in the residence of Frank Titus, a railroad investor, who owned 160 acres of land. Titus, who was originally from San Francisco, came to Arizona to settle and initially used the land to breed horses and manage a citrus farm. He gave the job of designing the one-story building to James Creighton, who gave it a Victorian touch.

No place gives you a history of the arts in Scottsdale and Arizona as a whole better than the Cattle Track Complex. The idea behind the place was to provide a haven for artists where they could work and explore without any interference. Built between 1937 and 1940, the walls give an insight into the design style and material of that period. It is located in a residential area, so it is likely to be overlooked, but the place is, in fact, a real gem. Scores of artists have worked there, with some of them building a foundation to become big names, such as Philip C. Curtis, who went on to the Phoenix Art Museum. Visitors willing to learn more about art in Scottsdale should make a point to visit this site.

Built in 1937, the house was designed by architect George Ellis and bears the style which he was known for. The house is located today on Cattletrack Road and is a frequent spot for those who come to that side. The building, which was Ellis’s home till his death, sits on 10 acres of land which he purchased in the 1930s. After the initial house, he expanded it to contain workshop studios, where he worked from and also built two more houses on the land which he later sold.

If you are interested in a piece of history that once moved, then this is the place for you. This park is the location of the Roald Amundsen Pullman Private Railroad car, which is famous for having carried 4 presidents at different points in time. The car, built in 1928, is a wonder in itself, with its vintage design, making it a beauty to behold. The park is a favorite for kids who cannot resist the playground there. Even adults are not left out of the fun as they can ride in the 1950-vintage Allan Herschell carousel.

Built in 1956, the Hotel Valley Ho is quite the place for anyone looking to spend a night in a place of history. The hotel has been the home to many celebrities, from baseball stars to movie actors. Although today it has been expanded and renovated, it still maintains its original design, offering guests a glimpse of what it was like in the 50s.

Those looking for a place where something took place can head to Chaparral Road, where the condominium is located. It is like every other condominium or complex except that it has a sad history surrounding it. It was the residence of actor Bob Crane and also the place where he was murdered. Today, a funeral wreath lies on the door of apartment 132A, where he lived.

Like the name states, it used to be a school. Established in 1909, it was built to replace a school building that once existed on that same site. The schoolhouse has served many purposes over time, including a city hall, a court, and even a public library. Today, managed by the Scottsdale Historical Society, it functions as a museum, bearing relics and things from the past, up to the 19th century.

Lovers of music would love this place, owned by Louise Lincoln-Kerr, which served not only as her apartment but also as her studio, where she wrote and recorded some of her best hits. The building includes important things from the life of Kerr, especially artwork, which she was a big fan of. Today, her studio is now a performance venue under the ownership of Arizona State University.

One of the earliest sites for tourists and lovers of art, Craftsman Court is an important historical and cultural center in the city of Scottsdale. Built in 1955, the place has always been a sanctuary for artists to carry on with their craft. Even the design of the building gives visitors an insight into what Scottsdale architecture was like in the 50s and how it has changed over the years.

Those are the top 10 places of historical interest for you to visit if you ever find yourself in Scottsdale. Visiting it gives you a better understanding of Scottsdale than you will ever get anywhere else. While in Scottsdale, AZ, make a point to visit some of the local establishments like Tiffany Fina Law Firm. Visit the law firm’s website at https://tiffanyfinalaw.com